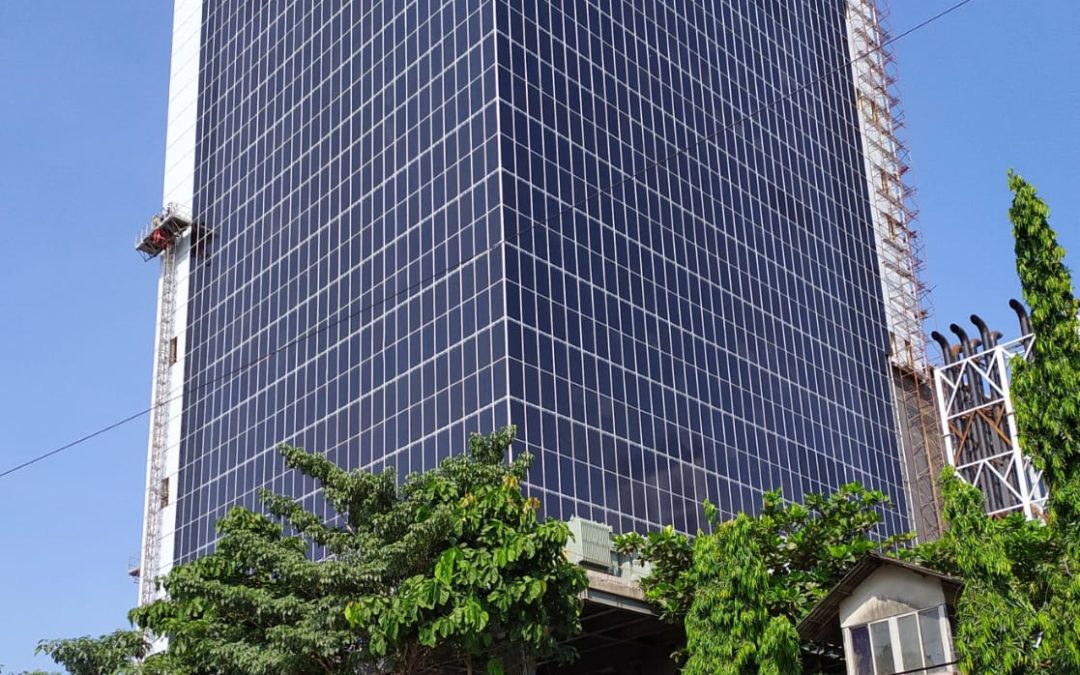 In this age of rapid digitalization, data centers play a very important role in every area of human lives like energy, lighting, telecommunications, internet, transport, banks, and security systems. So much so that, our everyday life lived on social media platforms like Facebook, Instagram, LinkedIn, Twitter, etc. has a record in these energy-guzzling data centers. The data centers of today are very different from those in the past, as they are far more compact and modular. With advancements in technology, there is increased reliance on data centers as they offer a greater level of security, accessibility of data itself, and the flexibility with which the data can be processed into information and can be accessed from any point of the world.

BIPV is an integration of Photovoltaic into the building envelope. While the PV modules serve as a skin to the conventional building envelope materials, they also generate clean power in the process. The initial cost of BIPV is offset by reducing the amount spent on conventional building materials and labor that would normally be used to construct that part of the building. Once the building is in operation, there are additional savings as the sunlight generates electrical energy. These advantages make BIPV one of the fastest-growing segments in the photovoltaic industry. 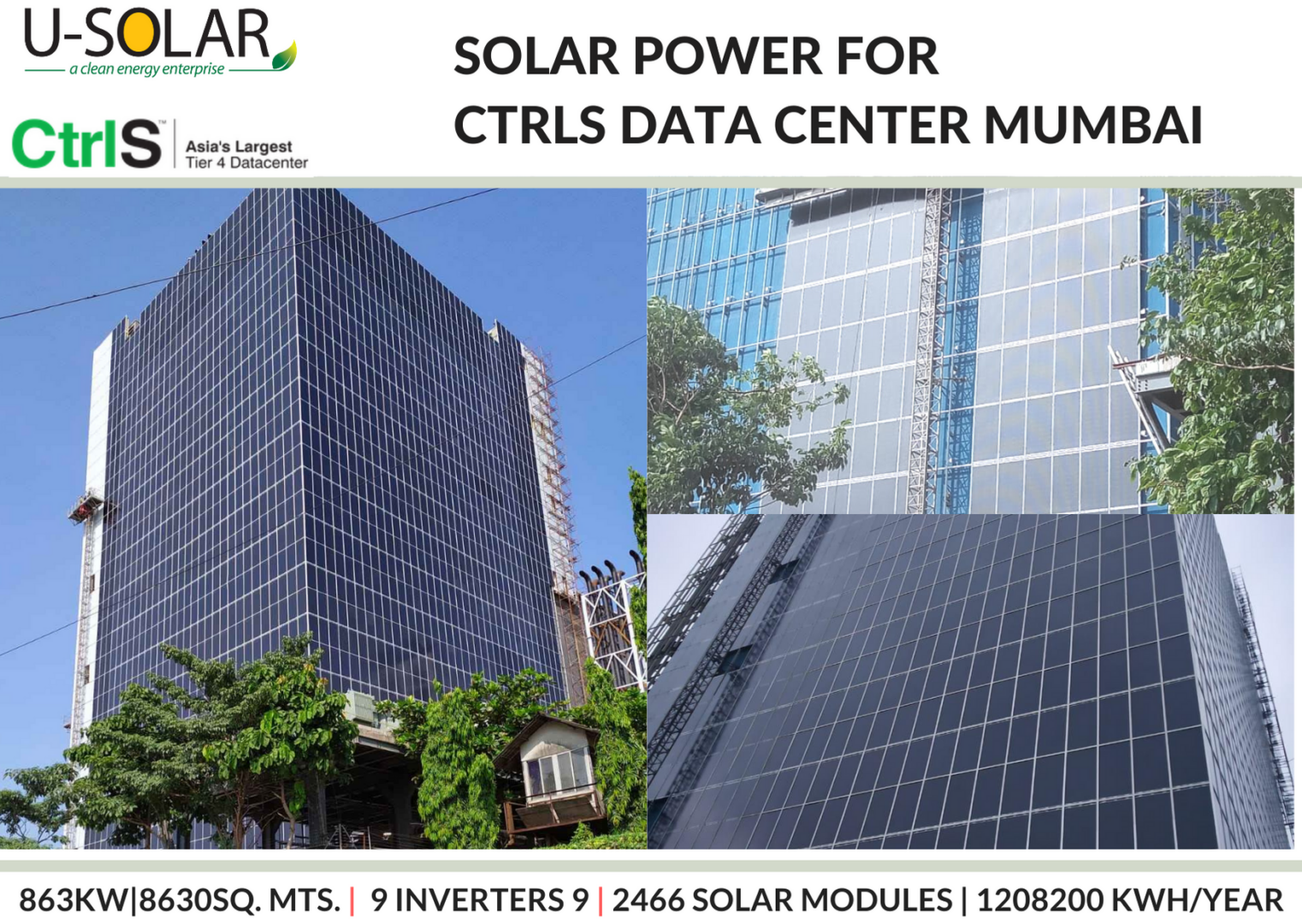 U-Solar is privileged to have constructed the largest BIPV power plant in India and the first-ever BIPV constructed for a data center in India) which in turn reduces energy bills, harmful gas emissions, and saving in transmission and distribution losses. The turnkey project of 863.1 kWp capacity was executed using 2,466 nos. of high-efficiency Monocrystalline-BIPV series WSM 350Wp Waaree modules and 9 inverters, each with a capacity of 55 KW. Custom designed Aluminum rails were used as Module Mounting Structure (MMS) and were installed in 4 phases.

The contribution made by CtrlS to the environment by adopting solar power. 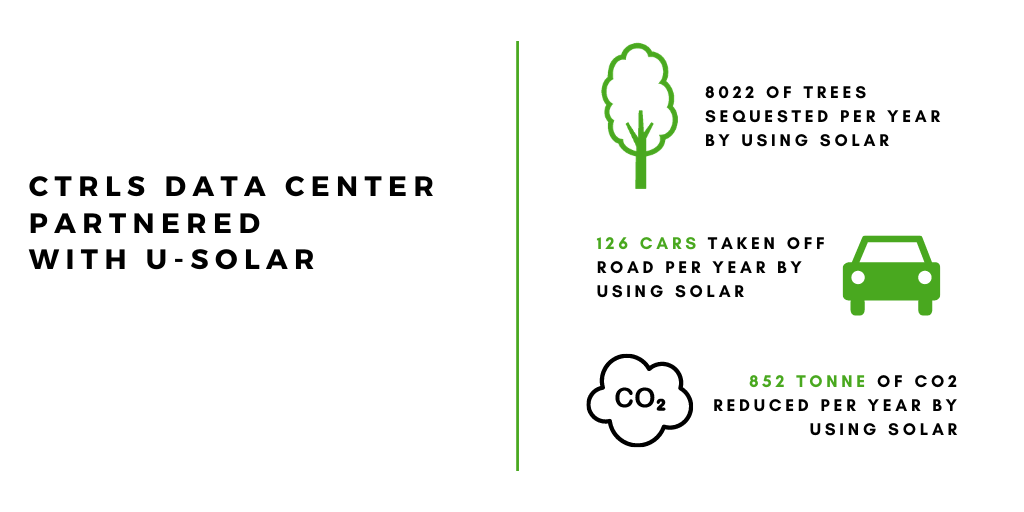 It is self-evident that electric power is the lifeline of any data center, without which life, personal and professional, comes to a standstill in the modern world. Still, however, these data centers cannot continue to run on fossil-fuel-based resources, which are extremely polluting and fast depleting at the same time. Therefore, it is absolutely imperative to secure the future of energy required to operate these data centers from renewable energy sources such as solar. Currently, Asia is where the fastest global growth in data traffic is taking place, India is the second-largest market for data center infrastructure and the second-fastest-growing market in Asia/Pacific after China.

India alone is expected to be a $7 billion data center market by 2021 and the need of the hour, therefore, is for companies like CtrlS to start focusing on renewables, such as solar energy, as a practical solution to their problems associated with rising grid electricity costs and their long term commitment to sustainable development. U-Solar is at the forefront of the silent renewable energy revolution that is taking place the world over and is helping companies like CtrlS to make the all-important transition to solar energy by delivering clean and affordable power through innovative solutions such as BIPV systems.

If your organization is looking to adopt solar, please feel free to get in touch with us. We believe in partnering with our clients on their sustainability journey.