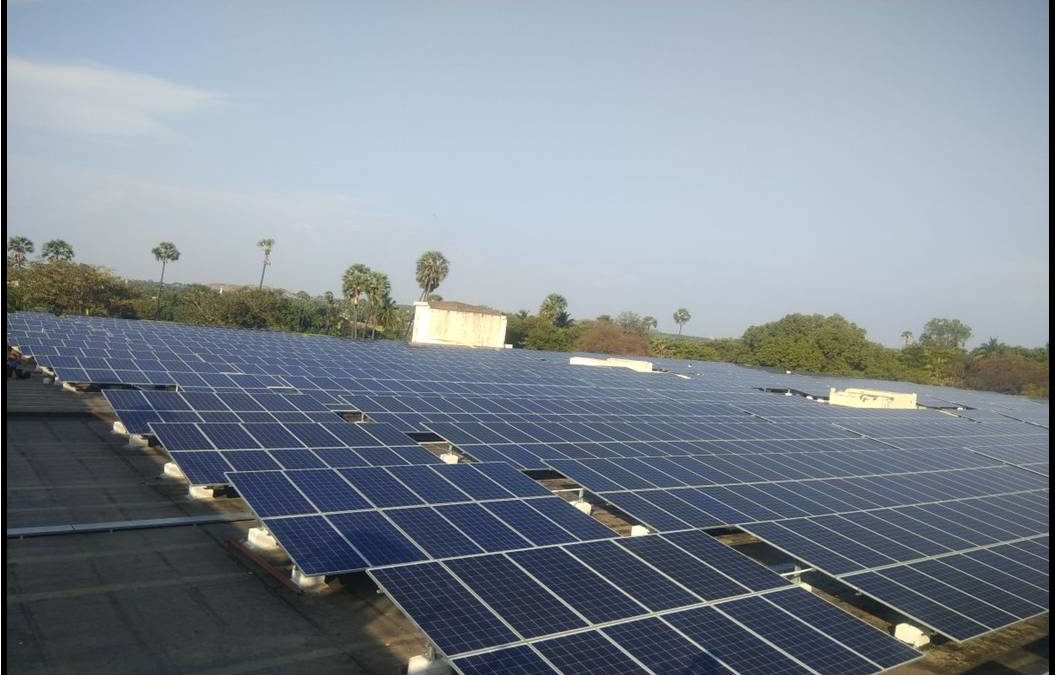 Madura Coats is India’s leading manufacturer of sewing, craft threads, and garment accessories. It is a part of the Coats Group PLC which is headquartered in the UK. The group is a world leader in Industrial thread and customer textile crafts. Since 2000, the group has taken great initiatives in reducing their energy consumption at all their facilities. This has been achieved by focusing on energy efficiency, investing in new technologies, and buying increasing amounts of renewable energy. In India, the company has multiple manufacturing units spread across nine locations, one of which is located in Ambasamudram, Tirunelveli district, where the company wanted to explore the opportunity of reducing energy costs by adopting a green and sustainable source of power.

The company opted for the solar financing option, which allows them to lock in risk-free savings and avoid steep initial capital costs of installing such a system. The company has signed a long term purchase agreement (PPA) with a third party energy company at a price 20% lower than the retail price of electricity being offered by the state utility along with a mutually agreed escalation year on year.

In phase one, a captive rooftop solar power plant of 510 kW was set up. The solar plant consisted of 2,000 solar modules supplied by ReneSola India of 255 Wp capacity and 10 units of 50 kVA Delta RPI-M50A commercial series inverters along with Delta’s Remote monitoring system. The 510 kW grid-connected system is generating approximately 2,300-2400 units/day. The system was commissioned on January 4th 2016. The facility pays a monthly bill to the energy company for the metered solar power.

The success of the phase one resulted in Madura coats reaching out to us and requested us to look at expanding the existing solar power plant capacity at Tirunelveli and also offered the Vada Madurai site to be energized with solar. In phase two, a captive solar power plant of 2.1 MW was set-up at Ambasamudram site and 900 kW was setup at Vada Madurai, Tamil Nadu. The solar plant consisted of 9391 solar modules supplied by Vikram Solar and ReneSola India of 320 Wp capacity and 35 units of 60 KVA & 8 units of 50 kW Sungrow inverters with both the phases coming under one centralized remote monitoring system. The projects have been commissioned as of February 21st 2018.

The 3.5 MW solar power plant currently is offering over 60 lakh rupees in savings annually for both the sites without investment. The BOOT model offers the client an opportunity to acquire the requisite infrastructure needed for solar to be added to the energy mix without the high capital expense and also offers low risk as the plant is owned and maintained by the third party energy company.