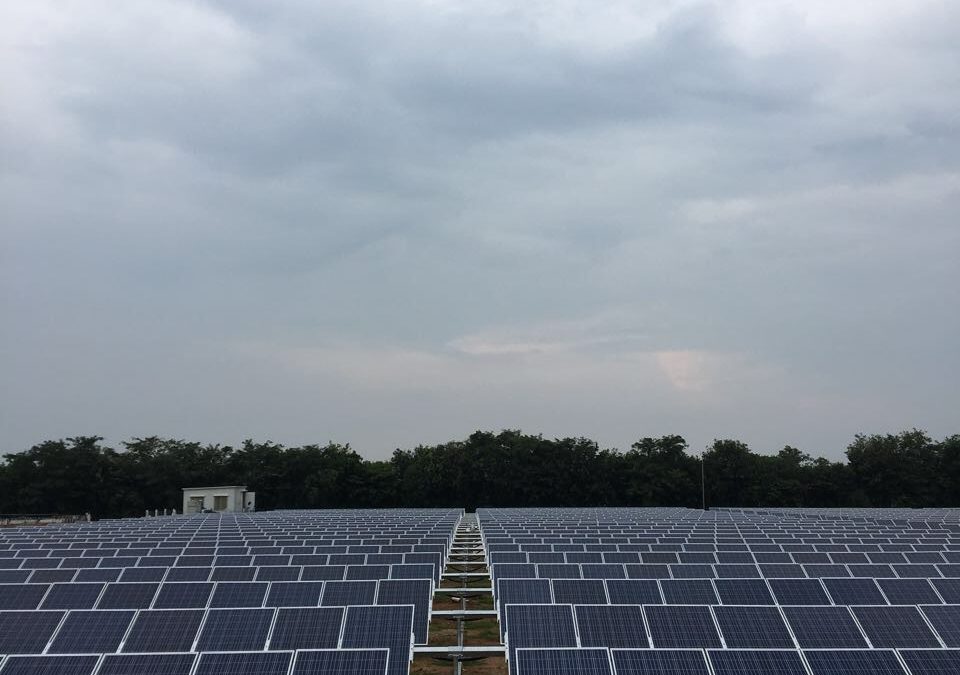 Toyota Kirloskar Motor Pvt Ltd is a subsidiary of Toyota Motor Corporation of Japan, for the manufacture and sales of Toyota cars in India. It is currently the 4th largest carmaker in India and as a responsible organization it as firmly took up the challenge of understanding the environmental threats and is working on mid to long term commitment towards environmental protection.  The Toyota Environmental Challenge 2050 focuses on 6 critical areas for zero environmental impact challenge, which is focusing on the betterment of the society as it enables environmental protection through life cycle of there products, operation, and services.

As part of Plant Zero CO2 Emission challenge 3, TKMPL considered installing and procuring renewable energy from different sources, one of which was an on-site solar power plant for its state of the art facility at Bidadi, in Karnataka. TKMPL chose the solar financing option, which allowed them to lock in risk-free savings and allowed them to avoid the steep initial capital costs of installing such a system. The company has signed a long term power
purchase agreement (PPA) with a third party energy company at a price 25% lower than the retail price of electricity being offered by the state utility along with a mutually agreed escalation year on year.

In phase one, a captive rooftop solar power plant of 3600 kW was set-up at the facility. A solar plant of 3000 kW on Plant two weld shop, ED shop and utility building, and 600 kW was setup on as a ground-mounted project with a single-axis tracker at ecozone. The solar plant consisted of 11,580 solar modules supplied by Tier 1 solar modules Talesun Solar of 315 Wp capacity and 3 units SMA Central Inverter 1000 CP of 1000 kVA and one unit of ABB PVS800 of 500 kW along with Trinity Touch SCADA to monitor the complete plant performance. The 3.6 MW grid-connected at 11kV Voltage Class system is generating approximately 14,000 units/day. The system was commissioned on July 27th, 2017. The facility pays a monthly bill to the energy company for the metered solar power.

The 3.6 MW solar power plant currently is offering over 80 lakh rupees in savings annually without investment. The solar power plant has also helped reduce the ambient temperature inside the factory by 1 degree. Toyota has one ahead with phase two and are currently construction another 5 MW plant on plant one, which is going to be commissioned at the end of 2018. Once commissioned it will be the single largest project of 8.6 MW in South India.  The solar financing option offered TKMPL an opportunity to acquire the requisite infrastructure needed for solar to be added to the energy mix, without the high capital expense. It also reduces risk and management costs, as the plant is owned and maintained by the third party energy company.