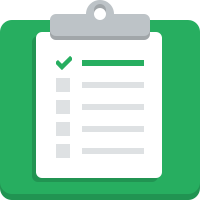 What is the efficiency of crystalline solar modules used in the rooftop Solar Photo Voltaic  system?

What would be an appropriate system size for my facility/home?

The sizing of the system depends on the following

Where does one need to place the SPV system?

The panels are best suited to face the south direction for maximizing generation and in a shadow free area such as the rooftop of any building.

What will be the approximate space requirement for a SPV system?

What maintenance is required for the Solar Photo Voltaic system?

A Solar Photo Voltaic system in a grid tie configuration requires nil or almost no maintenance as the system has no moving parts. Occasional cleaning of the panel with a low pressure water jet is advised to make sure generation is not affected.

How is a Solar Photo Voltaic(SPV) system installed on the roof?

The modules of the PV system are mounted on structures and placed on the roof of buildings.  These can be done with very minimal or no grouting work and limits damage to the roof top.

How much electricity will my Solar PV system produce?

What are the rebates provided by the government for installing rooftop solar?

Commercial establishments can also avail accelerated depreciation, under which 80% of the system cost maybe written down against profits in the 1st year itself, leading to a saving in tax outflow for profitable enterprises.

Can a solar rooftop system be installed on any kind of roof?

The Solar PV system can be installed on any kind of roof, except they may require special mounting structures. Some types of roofs are simpler to work with than others. Flat roofs facing south direction are the most appropriate and easiest to work with.

How much does a rooftop Photovoltaic system cost?

There is no single or simple answer; however solar subsidies and other incentives can reduce the cost of the PV system. Costing of the system primarily varies depending on whether it is a grid connected system or battery based system. The quality of components used also has a strong bearing on the total system cost.

A grid tie system (without batteries) can give you a payback within 4 years or less.

What are the different kinds/ types of technology/ modules available in the market now?

Crystalline and thin-film are two of the most commonly used technologies of manufacturing solar cells/modules.

In Crystalline Silicon technology, thin wafers are cut from Silicon (Si) block, from which cells are manufactured. The modules are then made by interconnecting a number of cells in various combinations.

In thin film technology solar cells are made by depositing one or more thin layers (and hence called thin film) of amorphous Silicon on a polymer substrate.